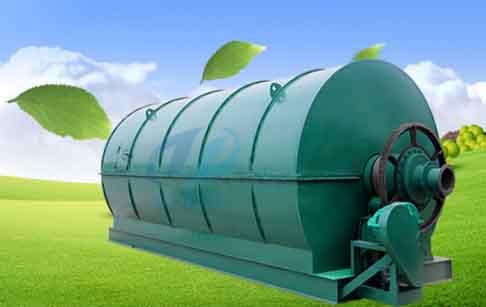 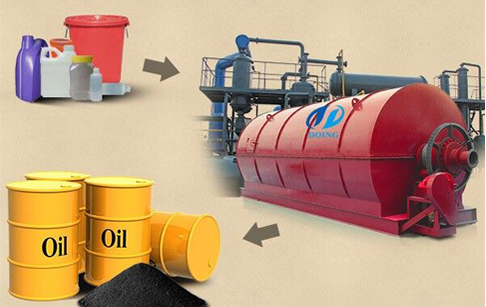 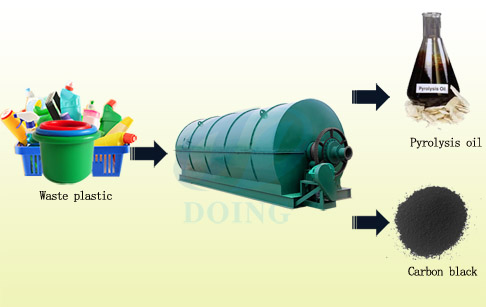 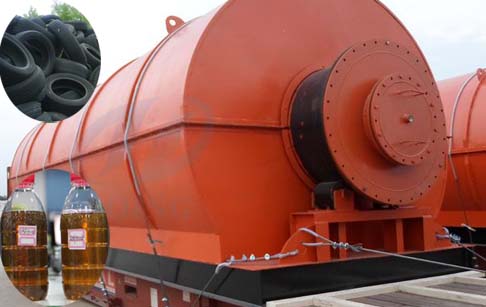 Rubber tire recycling process machine is a new pyrolysis technology can turn waste rubber/tire to fuel oil ,carbon black.steel wire.Pyrolysis of scrap rubber tire can separate solids in the tire, such as steel wire and carbon black, from volatile liquid and gaseous compounds that can be used as fuel. Although the pyrolysis of waste rubber tires has been widely developed throughout the world, there are legislative, economic, and marketing obstacles to widespread adoption.

Waste tire burning pollution
Only in the China, there are around 6 millions tones per year of scrap rubber tire are produced. The huge quantity of waste rubber tires presently produced in the world will certainly increase in the future as the associated automotive industries grow. The disposal of scrap tires becomes a serious environmental problem. The accumulation of discarded waste rubber tires leads to environmental pollution. A large fraction of the scrap rubber tires is simply dumped in sites where they represent hazards such as diseases and accidental fires. Rubbers are not biologically degradable, and this fact creates problems with their disposal. The impact of waste rubber on the environment can be minimized by recycling with material or energy recovery. However, during processing and moulding rubber materials are crosslinked, and therefore they cannot be simply again softened and remoulded by heating. For many years landfill, was the main, practical means for dealing with the problem of waste tires. However, landfilling of tires is declining as a disposal option, since tires do not degrade easily in landfills, they are bulky, taking up valuable landfill space and preventing waste compaction. Open dumping may result in accidental fires with high pollution emissions. In the EU countries in 1990 the percentage of tires discarded in landfills was 62% of all produced waste tires in 2000 about 35% and in 2006 (as it results from the EU legislation)this percentage will decrease to 0%. Some countries including the Slovak Republic have already banned the use of discarded tires for landfill. 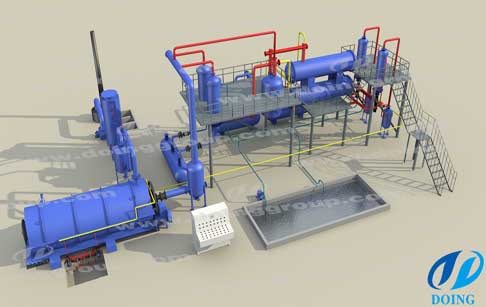 Rubber tire recycling process machine
Pyrolysis is a thermochemical decomposition of organic material at elevated temperatures in the absence of oxygen (or any halogen). It involves the simultaneous change of chemical composition and physical phase, and is irreversible. The word is coined from the Greek-derived elements pyro “fire” and lysis “separating”.
Rubber tire pyrolysis process is a technique which heats whole or shredded tires in a reactor vessel containing an oxygen free atmosphere and a heat source. In the reactor the rubber is softened after which the rubber polymers continuously break reactor the rubber is softened after which the rubber polymers continuously break down into smaller molecules. These smaller molecules eventually vaporize and exit from the reactor. These vapors can be burned directly to produce power or condensed into an oily type liquid, generally used as a fuel. Some molecules are too small to condense. They remain as a gas which can be burned as fuel. The minerals that were part of the tire, about 40% by weight, are removed as a solid. When performed well a tire pyrolysis process is a very clean operation and has nearly no emissions or waste.

Rubber tire recycling process machine
Pyrolysis of scrap rubber tire can separate solids in the tire, such as steel wire and carbon black, from volatile liquid and gaseous compounds that can be used as fuel. Although the pyrolysis of waste rubber tires has been widely developed throughout the world, there are legislative, economic, and marketing obstacles to widespread adoption. 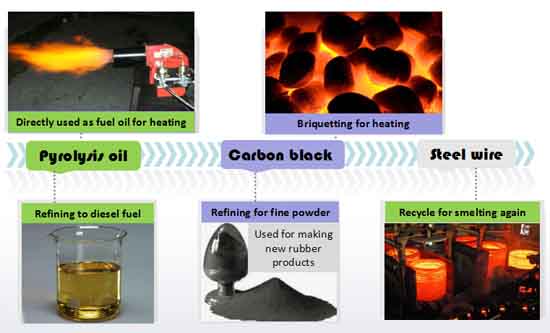 1. Pyrolysis oil:
1) can be directly used as fuel oil for industries which need to use fuel  for heating, such as cement factory, glass factory, brick factory and steel factory, etc;
2) Or directly sold to fuel oil market for boiler use;
3) can be refined to diesel, used in diesel burners, generators and mix with standard diesel used in diesel engines.
2. Carbon black:
1) can be directly colleced and sold to cement factory mixed with cement to impove the strength of the cement;
2) can be pelleted to used for heating, just like coal;
3) can be refined and sold to paint factory or used as the stuffing of some rubber products.
3. Steel wire: can be directly sold to steel factory or steel iron recycling station.