The world’s biggest tire graveyard in Kuwait is on fire

August 3, a fire broke out in Kuwait, which is the world largest waste tire dump. For a moment, billowing black smoke rose into the air, which can be seen from far away. And the tires in the garbage dump are very densely stacked and numerous. 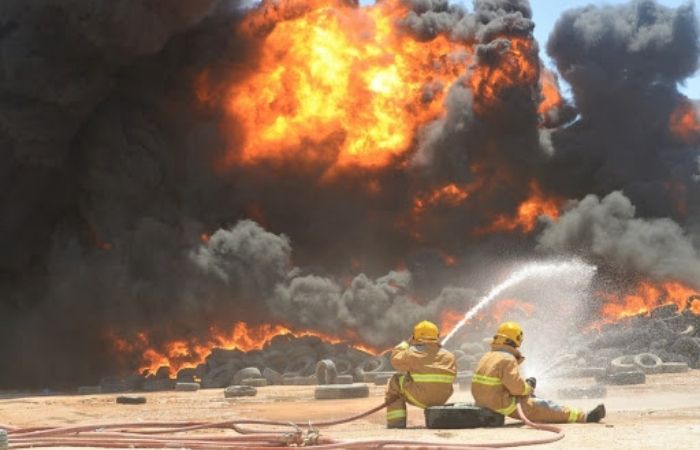 Fire broke out in Kuwait

Local media said that 52 million discarded tires are piled up in the garbage dump, the carcinogenic compounds and heavy metals released by the burning of tires will have a serious impact on the human body. In addition, it is difficult to extinguish a tire fire, water has little effect on it. The best way is to isolate the tire from oxygen with yellow sand. However, in the face of such an emergency, it is difficult to deploy yellow sand in time. There is no doubt that this fire has caused serious harm to the global ecology.

Fire broke out in Kuwait

In retrospect, the fire incident in the tire yard actually exposed Kuwait’s drawbacks in disposing of used tires: instead of recycling the tires, they were all piled up in an open dump, and there was a lack of dedicated management and supervision. The potential safety hazards will inevitably increase. 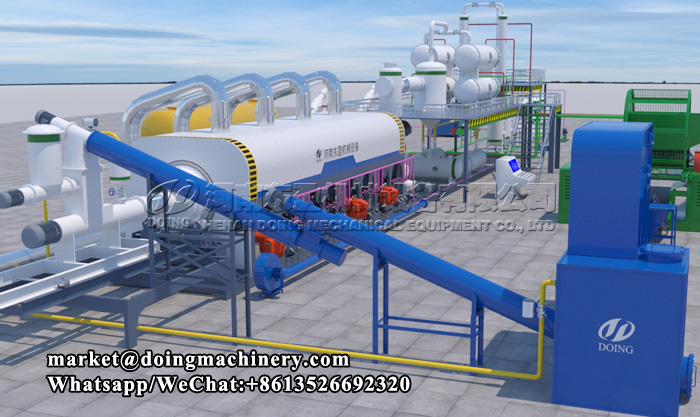 The most fundamental way to deal with waste tires is to improve the tire recycling mechanism, turn waste into treasure, and realize the secondary use of resources. At present, the best recovery method is to use the waste tire pyrolysis plant to refine oil, which is not only safe and environmentally friendly, but the product pyrolysis oil and carbon black can also bring benefits.

Doing Group has a history of more than ten years in the recycling of waste tires, focusing on the environmental protection and high utilization rate of waste tire recycling. The quality of waste tire pyrolysis plant is recognized by many countries. If you don't want such a tragedy to happen again, you can contact us for more details.

PREVWhat is the real cost of setting up a waste plastic pyrolysis plant?
NEXTWhat’s the process of importing waste tire pyrolysis plant? What documents are needed for custom clearance?